Collections at the gallop! 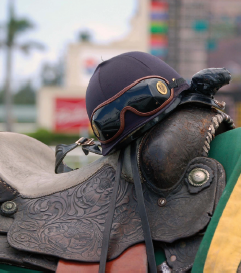 An Indian client, a manufacturer of leather saddles for horses…
, claimed that despite its chasing up letters, its French importer was refusing to pay it € 15,473 of duly substantiated invoices. It was using the usual arguments of financial difficulties and other specious claims. Cabinet d’Ormane took over the matter and implemented a rapid and effective process to collect this debt:

Forced by the court decision the importer settled its debt in 3 payments and our Indian client had recovered its money within a few months.

Continuation and surprising conclusion of this episode:

A bit later, another Indian company contacted Cabinet d’Ormane about the refusal of this same importer to pay it € 11,000. An unexpected coincidence, because it was the previous creditor who had been satisfied with our services and had recommend it to contact Cabinet d’Ormane.

The moment this debtor received the demand from Cabinet d’Ormane in this new case, it immediately sent the amount demanded. Efficiency and reputation have their effect!

Through its national and international skill, Cabinet d’Ormane has all the legal and financial facilities to collect the debts for international clients, who are put off by the distance and the complexities of French law, and often hesitate to collect.

With Cabinet d’Ormane, collections at the gallop!