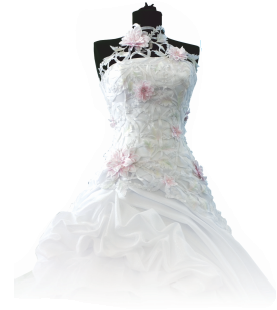 …or the edifying story of beautiful wedding dresses

Two young fashion designers who are paid by their distributor based on a percentage of the sales of the wedding dresses that they design were unable to obtain the sales figures for their work. Despite numerous reminders, they were thus unable to invoice for their services and to collect the sums due.

They submitted the dispute to Cabinet d’Ormane for collection of the arrears.

1. Identification of the decision-maker

Cabinet d’Ormane resolved the situation by finding the real decision- maker,who had been transferred in the meantime.As he was far from the scene, he had lost interest in the matter, and claimed to be overloaded with work.

Cabinet d’Ormane continually stressed the urgency of addressing the matter with the financial director if he wanted to avoid having his accounts investigated through a seizure by the Court of Commerce.

In less than 15 days, the Accounting Director had paid a first installment of 7500 euros and had provided the sales figures. He even asked that he receive an additional invoice in order to pay the balance.